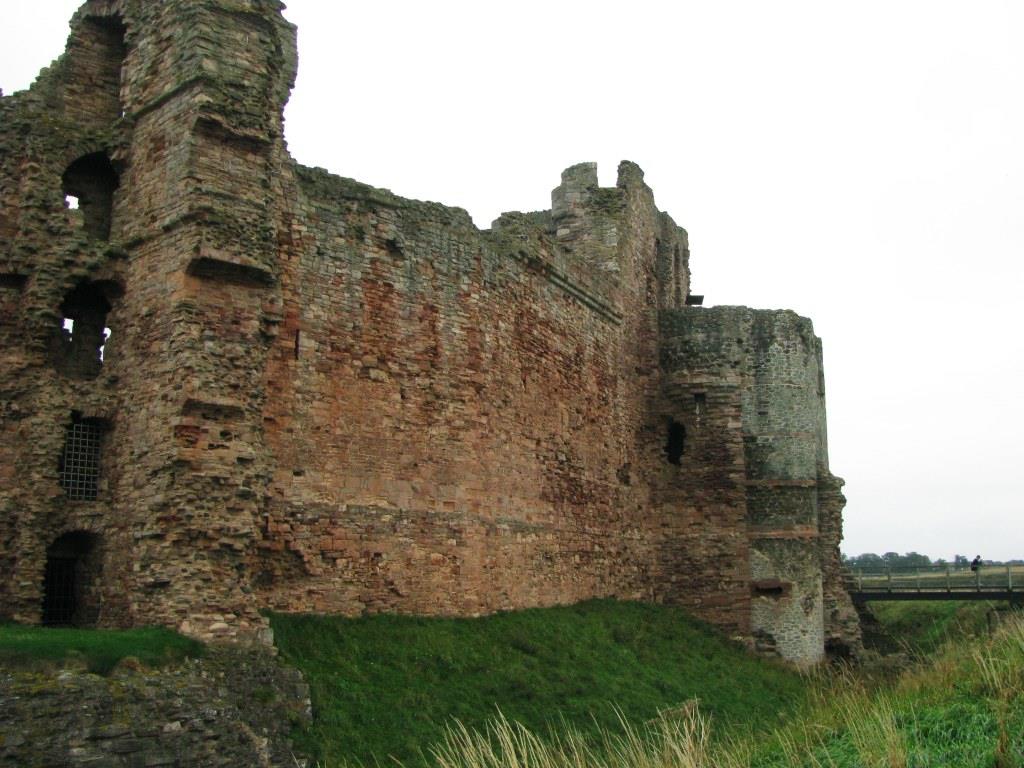 Tantallon Castle is a fortified promontory, defended by cliffs on three sides, and a massive curtain wall and successive earthwork defences. Built by the Douglas family in the mid 14th century, it was the stronghold of the Earls of Angus, and was repeatedly attacked throughout its history.

The curtain wall has a massive tower at each end, and a third in the centre which contains the gateway. It is largely constructed of red sandstone, with the exception of the central gatehouse tower, which has a facing of green stone. In front of this wall is a deep ditch cut in the rock, and a second ditch a hundred metres or so further out provides an outer ward. The wall is over 15 metres high, over 3.5 metres thick, and around 90 metres long. The northernmost tower was originally round and served as the principal residence of the Douglases; that to the south was D-shaped. A range of buildings was later added to the round tower to form a substantial palace.

The castle was built by William, the first Earl of Douglas, and inherited by his illegitimate son George, who was made Earl of Angus in 1389. Surviving the destruction of the Earls of Douglas in the mid 15th century, the Douglas Earls of Angus turned against the King in 1490, and Tantallon Castle was besieged by royal forces in 1491. The castle held out, but was attacked again in 1528, and this time the massive gatehouse was blasted by artillery for 20 days, leading the Earl to flee and Tantallon fell to the King. It was King James who rebuilt the gatehouse with the green stone, more resistant to gunfire than the red sandstone. The Earls survived, however, and by 1588 Tantallon had fallen out of favour as a principal residence. In 1651, the castle was besieged by English troops and the Douglas Tower was breached by their artillery. The castle was left in ruins, and was never occupied again. Today is managed by Historic Scotland.