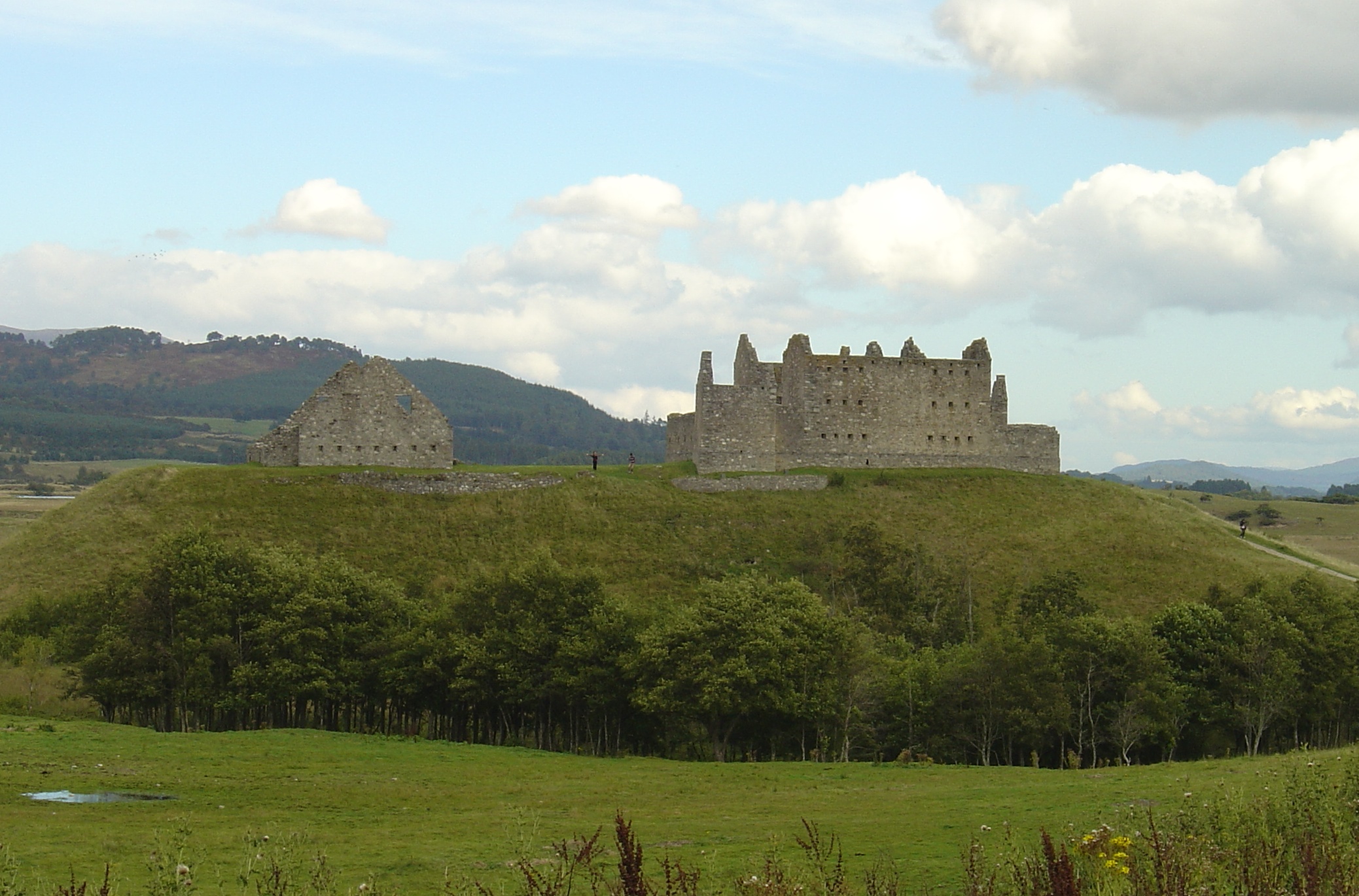 Ruthven Barracks is an 18th century courtyard of buildings build on the top of a prominent mound in Strathspey, a short distance from Kingussie, and is clearly visible from the A9. The site is strategically vital as it marks the northern end of the passage across the mountains from Atholl into Moray, even today the main route into the Highlands proper.

There were at least two castles at Ruthven which predate the barrack buildings. The first was a castle built by the Comyn Lords of Badenoch in the 13th century. Having been elemental in the final crushing of rebellion in the north by the rival MacWilliam dynasty who had disputed the Scottish throne for a century, the Comyns were granted the vast Lordships of Badenoch and Lochaber by King Alexander II. The castle they built may have been built on an existing stronghold of the MacWilliams on top of the prominent mound, but it was certainly of a type unknown in the area before, probably similar in appearance to their other great Highland fortress, Inverlochy Castle at Fort William. The castle was almost certainly destroyed during the early 14th century as it was one of the principal castles of Bruce’s enemies the Comyns, but was probably repaired by his faithful lieutenant in the north, the Earl of Moray.

It would have been this castle that was occupied by Alexander Stewart, the notorious Wolf of Badenoch, in the late 14th century after he was granted the majority of the old Moray Earldom, but in 1451 the castle was sacked by the Lord of the Isles in his great rebellion of that year. It is likely that once the rebellion was put down, the new Lord of Badenoch, Alexander Earl of Huntly, built a new strong tower on the site similar to his tower at Huntly, in a style common throughout the 15th century.

The castle was strong enough to withstand a siege in 1594 by the Campbells, who were unable to overcome the defence of the Mackintoshes within, but in 1647 General Leslie was more persistent. The castle was captured a second time in 1649 by Mackenzie of Pluscardine and garrisoned by Parliament. In 1685 it was officially renamed St George’s Castle, but the name never stuck. In 1689 the castle was taken one last time, by Viscount Dundee, and left a smoking ruin. In 1715 the Barracks was planned, and work started in 1718, completely removing all traces of the older castle. The Barracks consists of two large barrack-blocks facing each other across a walled courtyard, and stables to the rear. The Barracks is maintained by Historic Scotland and is free to access all the year round.