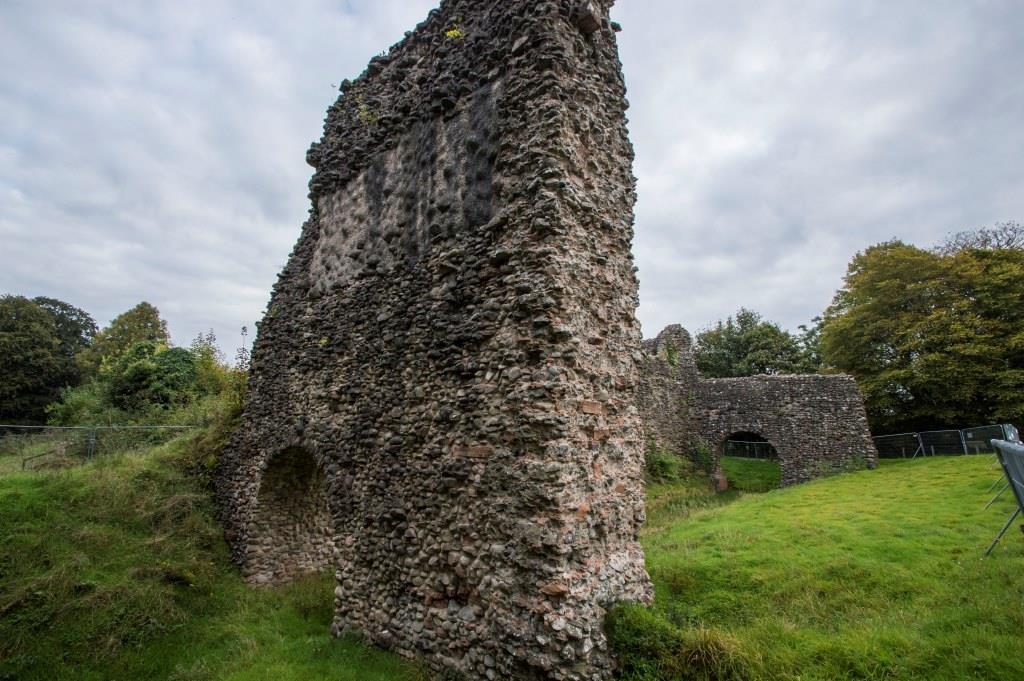 Lochmaben Castle is a ruined castle a short distance outside the town of Lochmaben in Dumfries-shire. At the time of writing, a substantial portion of the castle is fenced off for safety reasons whilst stabilisation works are carried out. Lochmaben is actually the site of two different castles, a substantial ringwork perhaps dating to the 12th century and extended by Edward I (within the bounds of the golf club) and the ruined stone castle which is primarily late 14th century, and lies on a promontory at the southern end of the Castle Loch.

The Lordship of Annandale was granted to Robert de Brus in 1124, and was held by the family until the reign of King Robert I. It had two castles, Annan and Lochmaben, and Lochmaben was both larger and more prestigious. It was here that Edward I, partially to humiliate Robert Bruce, chose to erect a new earthwork defence to house his troops in 1299. The precise location of this defence is not known; it could have been to the south of the ringwork, or possibly on the site of the later castle.

Lochmaben Castle was held by the English again in the 1340s, and was attacked by the Scots on more than one occasion. It is likely that the old Bruce ringwork had been destroyed during the Wars of Independence, and that it was the Edwardian defence that had been occupied. In 1364 it appears the castle was still in English hands, with its English garrison had been looking across the loch to a restored royal castle on the ringwork site. In 1384, the Earls of March and Douglas assaulted the castle and took it back from the English, apparently razing it to the ground. The Barony was granted to the Earl of March, but after his forfeiture in 1409, Lochmaben became Crown property again.

The castle was rebuilt in the 15th century, with an unusual design. The castle was built on the innermost of three platforms defended by wet ditches, and consisted of an irregularly shaped courtyard accessed by a drawbridge across the innermost moat. Flanking walls crossed the moat to overlook the drawbridge. Once through the gate, two large squarish buildings to either side gave the appearance of a gatehouse, although it is likely the passage between was not covered. Once through them, the visitor was in a narrow courtyard, with a range of buildings in front. Given the date of construction, it is possible one of these was a tall tower, but the ruins are on no condition to guess further.

The castle remained strategically important until the Union of the Crowns, at which point it was largely abandoned. Today access to the site is free, although limited by the safety requirements. The outer defences are easy to overlook, and the ringwork has been degraded over the years, although it is still impressive in places.