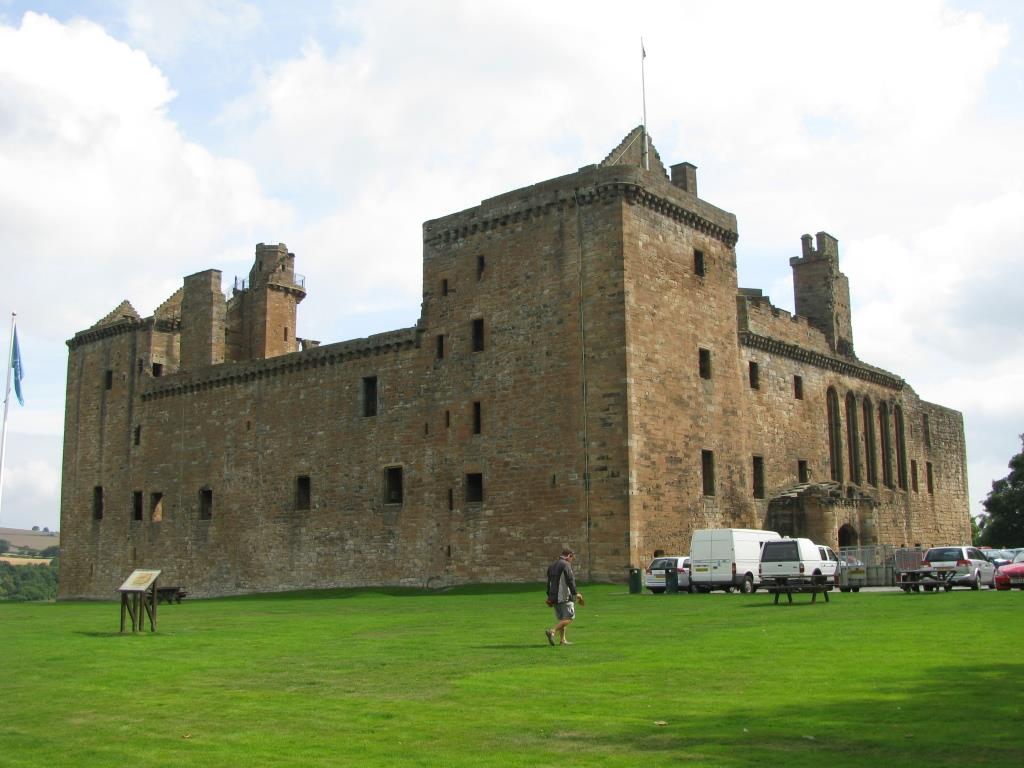 Linlithgow Palace is found on a naturally defensible triangular promontory jutting into Linlithgow loch to the north of the main road through the town. It is built on the site of a medieval castle which dated from the 12th century and was substantially refurbished in the 15th and 16th centuries, becoming a spectacular Renaissance Palace. It is now maintained by Historic Scotland and open to the public.

The old castle of Linlithgow was founded by David I, and maintained as a royal castle and residence until it was captured by Edward I in 1296. It was captured and razed by Sir Alexander Livingston in 1313, and then repaired by King David II. In 1424 a fire raged through the town and the castle also succumbed to the flames, to be left in ruins until 1424, when King James I began its reconstruction by building the eastern wing.

The redevelopment of the castle as a palace continued until the reign of James IV, by which time it was largely complete, although James V added the outer gateway with its round towers, and the courtyard fountain. The finished result was a quadrangular palace, with square towers at each corner, sumptuous blocks of apartments between each, and elaborately carved masonry at every opportunity, designed as an impressive display of wealth and culture. The Stewarts plainly wanted to be seen as peers of every other dynasty in Europe.

After James VI became James I of England in 1603, the royal court relocated to London, and from this date the Palace fell into disuse and decline, with the north wing collapsing in 1607. The King ordered it to be rebuilt, and as the style was similar to the Danish Palace at Kronborg, we may see Queen Anne’s influence here.

By 1641 the Great Hall above the grand entrance of James I in the East Wing was unroofed, and in the 1650s Linlithgow Palace was occupied by Cromwellian troops. It was occupied by James, Duke of York before he was crowned James VII, and was still habitable in the 1740s when Bonnie Prince Charlie stayed here, as did the Duke of Cumberland. In 1746 the palace was occupied by Hanoverian troops retreating from their defeat at Falkirk Muir. Soaking, they lit fires to dry themselves, and they spread, setting the palace ablaze. The buildings were never repaired, although conservation started in the 19th century. Today the grounds are a public park, and the Palace is surely one of the must-see sites to visit in Scotland.