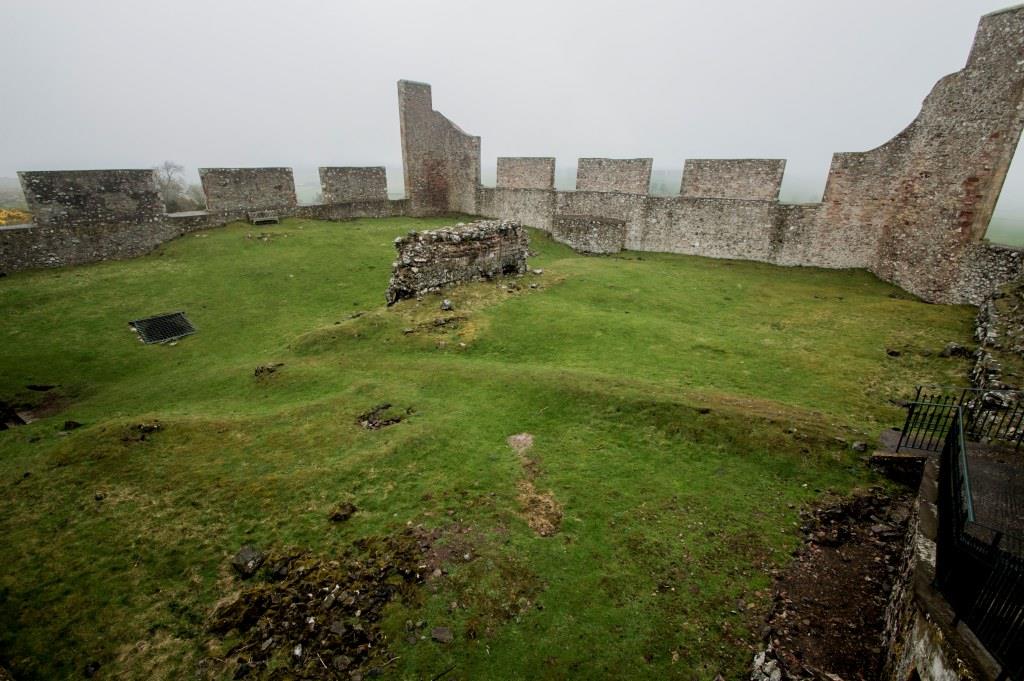 Hume Castle does not appear to be of much historical significance to the passer-by, as the exaggerated silhouette is clearly not of medieval origin, although the prominence of the site is clearly strong and defensible. However, the castellated monument was built on the site of a strong and strategic border castle, traces of which survive inside.

The site is amongst the highest of a number of rocky crags in the area, several of which have been fortified through the ages, and commands excellent views of the surrounding countryside. It was first mentioned in the 12th century as the base for the Home family, close cousins of the Earls of Dunbar, whose kin dominated the eastern March with England. The castle was almost certainly of courtyard plan, and the lower parts of the 18th century folly may contain elements from this early period.The ruins which survive are of a wall with traces of a vault, and at least two sections of curtain wall, plus the castle well and some earthworks, which suggest that there may have been more than one ward – but little else can be drawn from them.

Hume was undoubtedly one of the keys to the Border, and would have played a part in the Wars of Independence, but no record of its part survives. As close associates of the Earls of Dunbar it is likely that their loyalties changed with that of the Earls, but the castle appears to have escaped destruction. In 1515, however, the 3rd Lord Hume razed his own castle in defiance of the Regent, and was forfeited and beheaded. Although repaired, the castle was no longer impregnable, and was taken by both sides during the Rough Wooing. Finally in 1651 it was taken by Cromwell’s forces and destroyed. In the 1790s, the descendant of the Lords Hume decided to remember their history by creating the folly that stands today.

Access to the courtyard is through a metal gate which is presumably locked at dusk, and there is no admission charge.