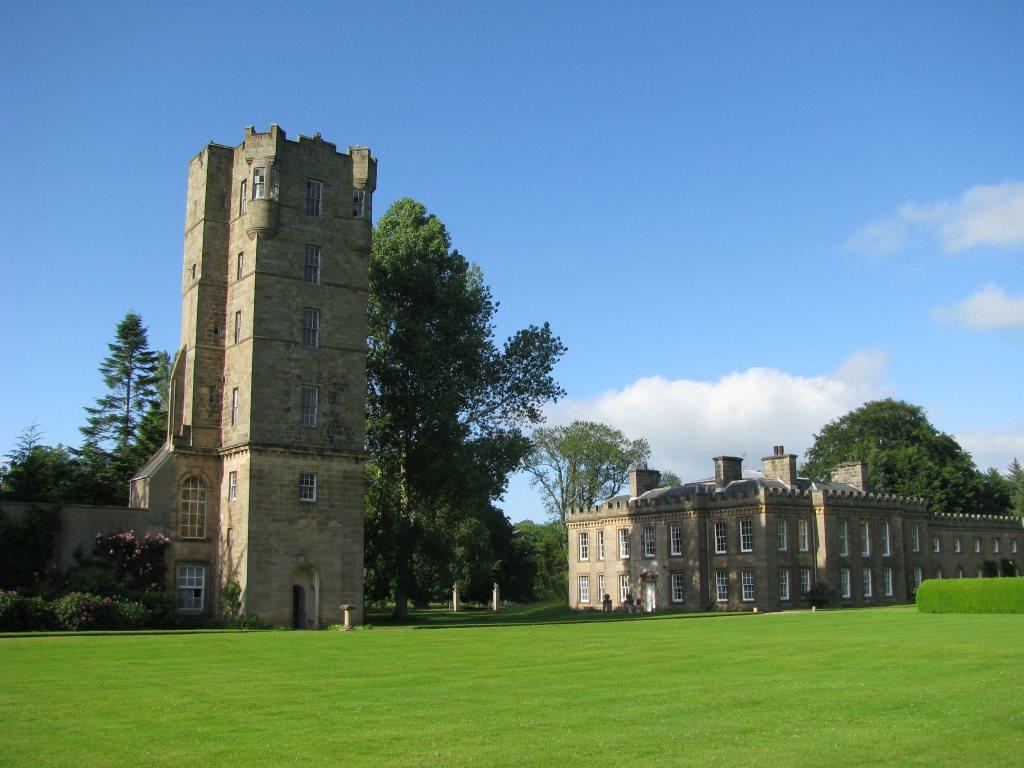 Gordon Castle can be found to the north of the village of Fochabers. Originally called Bog of Gight, the castle became the primary and ancestral seat of the Earls, Marquises and Dukes of Gordon. Built in low lying and marshy ground, the castle was once a drear and damp fortress, but was transformed into one of the biggest mansions of the age. Today a single tower of the old castle and one wing of the mansion survive, and the tower is not open for safety reasons.

The Gordons were granted land in the north of Scotland during the 15th century. Although it is not known exactly when they came to own the lands of Fochabers and Gight, it may not have been until the early 15th century, with marriage to members of the Hay family. Sir Alexander Gordon was made 1st Earl of Huntly between 1445 and 1449, and it is likely that a castle of some description on the site existed by this time.

By the 16th century, the Earls had grown in power and prestige, and even after they fell out with Mary Queen of Scots and lost influence due to their unwavering Catholicism, they seemed too powerful to remove. In 1562 all the family estates were forfeited, but they were returned in 1565. Bog of Gight was one of their chief retreats from court, and successive Earls enlarged the castle until it had the appearance of a palace rather than a castle.

The turbulent family history continued into the 17th century, and the 1st Marquis was outlawed. The 2nd Marquis tried largely successfully not to get involved in the Civil War, until he was arrested in 1647 and executed in 1649. In 1684 his son was made 1st Duke of Gordon, at which point the castle gained its new name. The Duke’s eldest son was a Jacobite, fighting in 1715, but his grandson the 3rd Duke was raised as a Protestant and fought against the Jacobites in 1745.

It was the 4th Duke who embarked on the massive expansion of Gordon Castle, with the addition of two enormous wings, and the conversion of the large tower-palace to a 6 storey mansion block. In 1935 the Gordon Castle and estate was surrendered to the Crown in lieu of death duties, and the castle suffered badly from neglect, resulting in much of it having to be demolished. The castle is now in the hands of a different family – the Gordon-Lennoxes – and the grounds are open to the public.