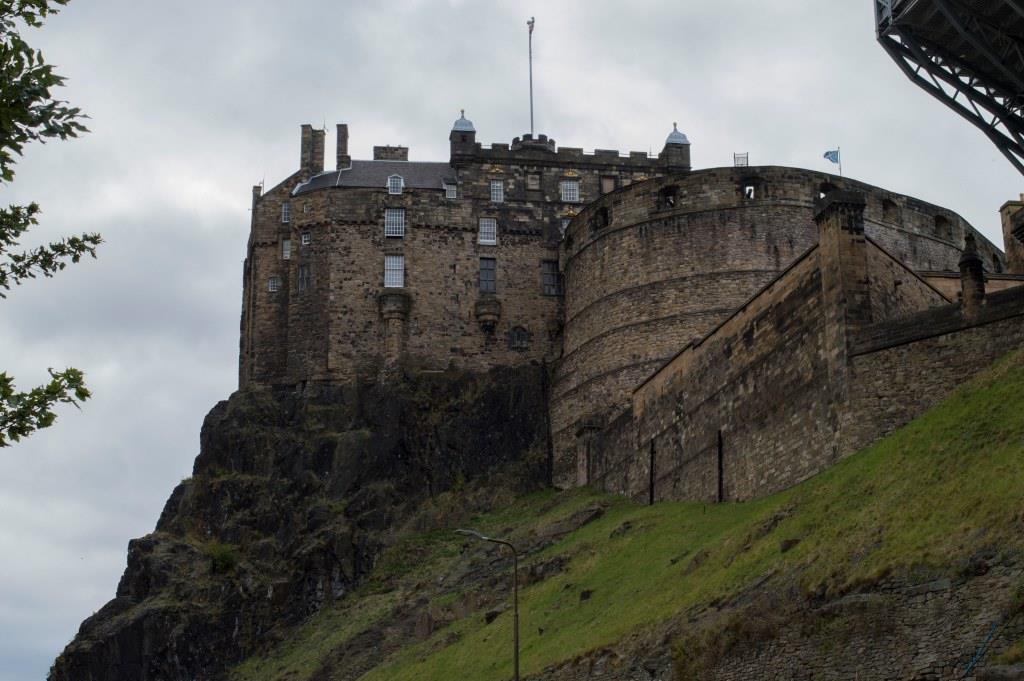 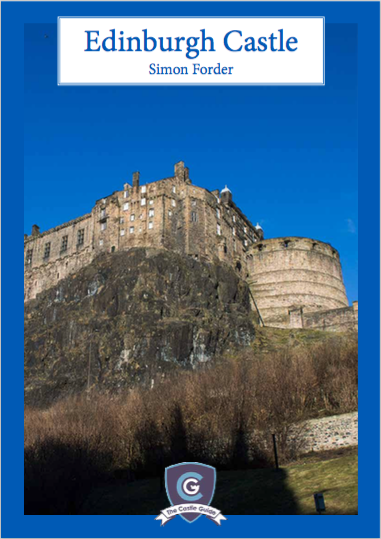 Edinburgh Castle is one of the most iconic buildings in Scotland. It is commonly said that in 1093 it was occupied by the Queen when King Malcolm III was killed fighting in Northumbria, but It is not until the reign of King Malcolm’s youngest son David I (1124-1153) that we start to approach solid ground with the development of the Castle. It is highly unlikely that any of the defences at this time were built of stone, although there were two stone churches. This castle most likely only occupied the highest part of the Rock, much of which was levelled and built up in the 15th and 16th centuries.

By the end of the 12th century it is likely that the defended area covered most of the Castle Rock, with the citadel at the top forming an irregular courtyard surrounded with substantial stone walls and possibly with defensive towers. It was occupied by the English from 1296 until 1314, when it was destroyed on the orders of King Robert Bruce. It was not repaired until it was recaptured by the English after Bruce’s death in 1329, and it remained garrisoned by the English until 1341. The King, David Bruce, then started to erect an eleven storey high tower and made Edinburgh his principle residence until his death in 1371 the tower not yet complete.

Virtually none of the old medieval castle of Edinburgh survives today. In between the Half-Moon Battery and the National War Memorial, it is possible to see small portions of David’s Tower, but in order to see the more substantial remains you need to request and pre-book a tour as they are hidden from the public for good safety reasons. The cellars of the Palace date from the reign of James I circa 1435, but again a tour needs to be booked to see these. James III then extended the palace around the central courtyard, a process which was completed with the finishing of the Great Hall by James IV in 1511.

In 1560 the castle was abandoned in favour of Holyrood Abbey as the principal royal palace, but was soon to receive a stern test of its defences. In 1568, Queen Mary had fled the country to England leaving her infant son as King, but Edinburgh Castle remained faithful to the Queen. In 1571 the castle was held in defiance of the government, which laid siege to its own castle. The English lent the government 20 cannon, and after a few days most of the castle lay in ruin and rubble, and abandoned as a residence. The Half-Moon Battery was later built up around the ruins of David’s Tower.

The royal palace was repaired and rebuilt by James VI in 1617, but remained in use only until 1650. In that year, Cromwell captured the castle, and converted it to military use – even the palace became nothing more than a garrison. The defences were strengthened, but did not stop the castle being occupied by Jacobite rebels in 1689, and nearly taken again in 1715. Plans survive from the 18th century showing further planned improvements, the wide plaza now used for the Edinburgh Tattoo -originally this was a narrow ridge. In the final Jacobite revolt in 1745, the castle was besieged, but the rebel forces had no artillery suitable for the task, and was soon abandoned.

Today Edinburgh Castle remains a fascinating building to visit, with museums, royal regalia, and all the pomp one might expect from Scotland’s most visited tourist site. However, it is always useful to stop for a moment amidst the bustle, mentally remove the 18th century and modern veneer to consider the older, hidden Edinburgh Castle. If you are able, visit the hidden base of David’s Tower. In the almost eerie silence behind the Half-Moon Battery, looking through the arched sally-port, you really get a sense of what has been lost.