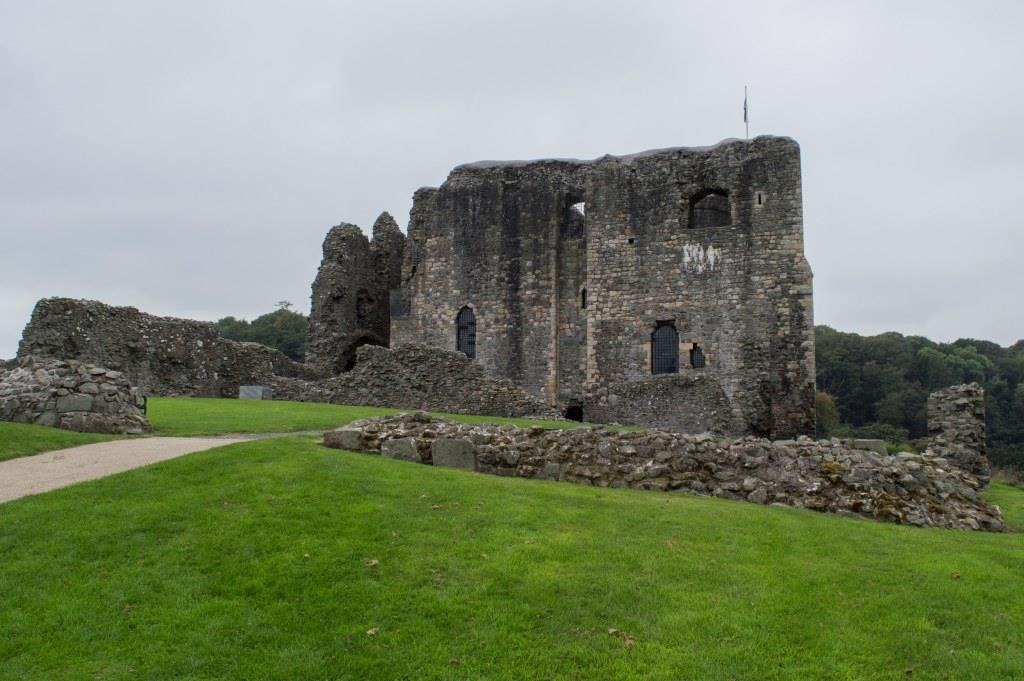 Dundonald Castle is a large rectangular tower-keep with an associated courtyard built upon the site of at least three earlier phases of castle, and was one of the principal residences of the Scottish Kings in the 15th century. The castle is on the top of a prominent hill just outside the village of the same name, and is perhaps halfway between Kilmarnock and Ayr.

The hill was fortified in the early medieval period, and was presumably one of the castles or forts of the Kingdom of Strathclyde – and perhaps was fortified by one of the three 10th century King Donalds that ruled over that kingdom. The wall surrounding the hill top was of stone, and was destroyed by fire as remains show signs of vitrification. In the 12th century the hill was refortified by the Stewarts, and by 1204 the family were well-established. Whatever the form of their early castle, in the 13th century a large, roughly oval, courtyard castle with four towers and two twin-towered gatehouses was built upon its remains. This castle covered almost the entire hilltop.

During the Wars of Independence, this castle was destroyed, and left in ruins. In 1371 the head of the Stewarts became King Robert II, and he decided to erect a new castle at Dundonald. Using the base of one of the gatehouses as the foundation, he erected the large rectangular tower-keep in its place, along with a rectangular courtyard of domestic buildings. King Robert II died here in 1390, having spent much of his reign in semi-retirement here. The castle was never to be a favoured residence again, and was leased out to various families until the 17th century, by which time it was derelict.

The castle raises some interesting questions, among them being where the accommodation for the King and his guests was. There are two huge vaulted halls within the tower, the laigh hall and the upper hall, neither of which has any living space. It appears most likely that the King and his guests stayed in a now-lost attic floor. The castle is managed by a charity – The Friends of Dundonald Castle – and is open to the public for a charge.