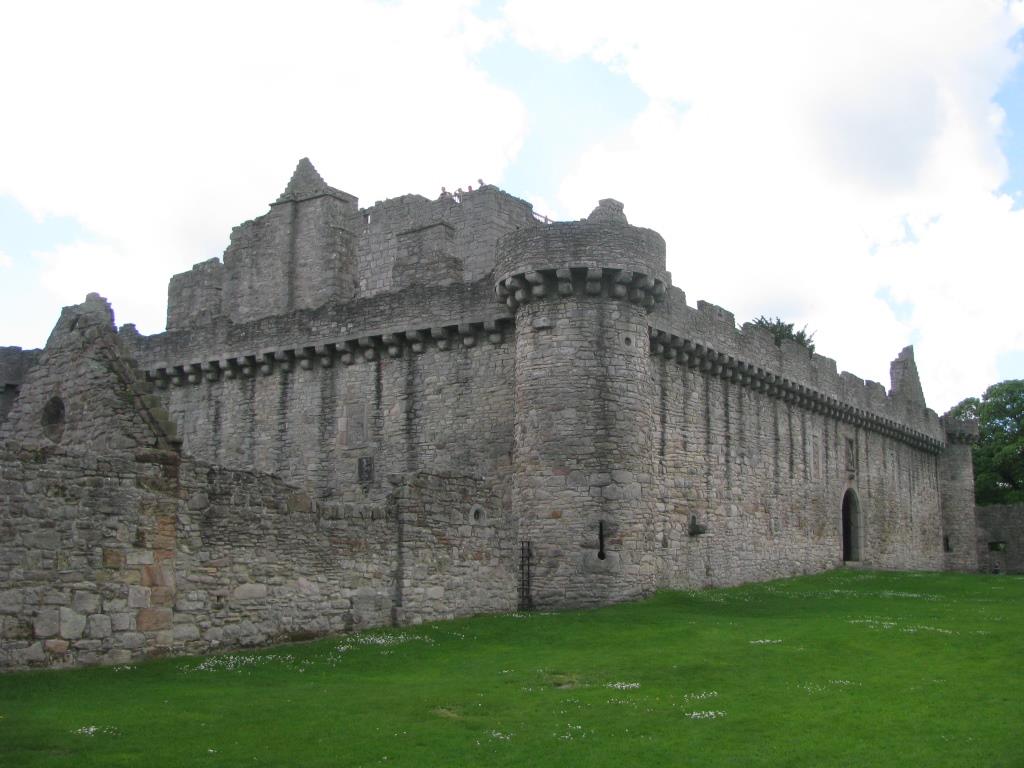 Craigmillar Castle is built on the top of a hill to the south-east of Edinburgh City, and is open to the public through Historic Scotland. The hill is part of a ridge between two watercourses, the Burdiehouse and the Braid burns. It is a courtyard castle with a substantial L-shaped tower of the late 14th century.

The keep is surrounded by a 15th century curtain wall which is defended by round towers, and a further wall and ditch of the 16th century. Parts of Craigmillar were granted to the Preston family by King David II in 1342, the balance by Robert II in 1374. The keep had been completed before 1425, and it is presumed that the courtyard outside may have been built by the time the King’s brother the Earl of Mar was imprisoned here in 1480.

In 1544 the castle was besieged and captured by the English army of the Earl of Hertford, later the 1st Duke of Somerset, and captured. Sir Simon Preston was taken prisoner but later released and became one of Queen Mary’s most loyal supporters, attending her wedding in France. In 1563, Mary was entertained at Craigmillar Castle, and again in 1566. It is likely that at Craigmillar the plot to murder her husband was hatched. The murder turned Preston away from Mary, and he delivered her up for imprisonment.

In 1660 the castle was sold to Sir John Gilmour, and the family remained in residence until 1761, when it was put up for let. However by 1775 it was ruined, and in 1842 it was one of the properties suggested as a possible residence for Queen Victoria. Although much restoration work was done by Walter Gilmour in 1886, the plans came to nothing, and the castle remained a beautiful ruin.