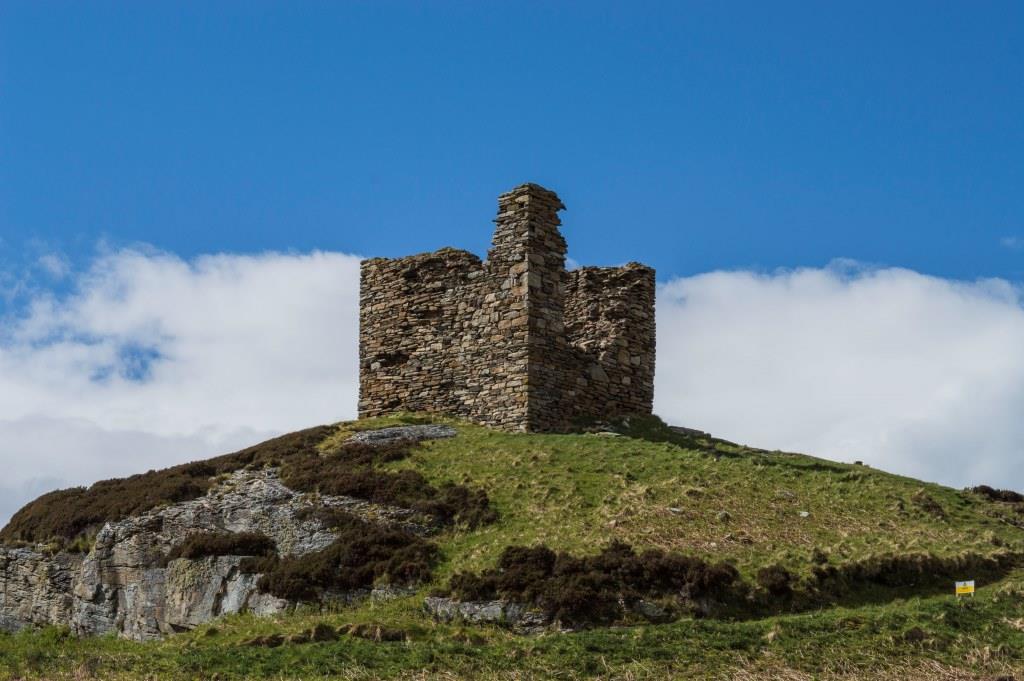 Castle Varrich is a ruined rectangular tower overlooking the Kyle of Tongue. Strategically located on the crown of a steep outcrop from the hill called An Garbh Chnoc, it has good views up the Kyle to the sea as well as overlooking the village of Tongue. Access to the castle is via a long and sometime strenuous footpath. The site is rather restricted and there is no visible evidence of outbuildings or an associated courtyard.

The tower contained a single vaulted room on the ground floor, (perhaps divided into two floors, although there are no remains of joist holes) and there is evidence of a single room with a timber roof on the first floor. Presumably the first floor was accessed through an internal ladder, as there is no evidence of stone stairs. The masonry suggests that extensive repairs have been carried out on the tower, although there are no records to say when. The tower had a single door facing north, which today can be climbed into from ground level, but was probably entered with a wooden stair given the height of the opening. A window presumably faced east, but the wall has collapsed and been repaired. A furether possible window facing south appears to have been blocked. Both would have been in the room above the vault. Castle Varrich appears to have been built using a drystone technique – although it is also possible that the wind has eroded the mortar away. What mortar remains visible is in the more obviously repaired areas.

Nothing is known for certain about the history of Castle Varrich, and tradition variously associates it with the Mackays, the Bishop of Caithness and the Norse. However it is certainly not old enough to be associated with the Bishops or Norse.The location does suggest it was a watch tower of some description, possibly built on the site of an old dun or broch; and it appears likely to have been used in the 16th century, possibly having been repaired since. If this hypothesis is correct it could have been a vantage point associated with the Mackay tower and house just north of Tongue and low on the coast. This building is now hidden within or has been replaced by the 17th century House of Tongue, in private ownership and not visible from public roads.