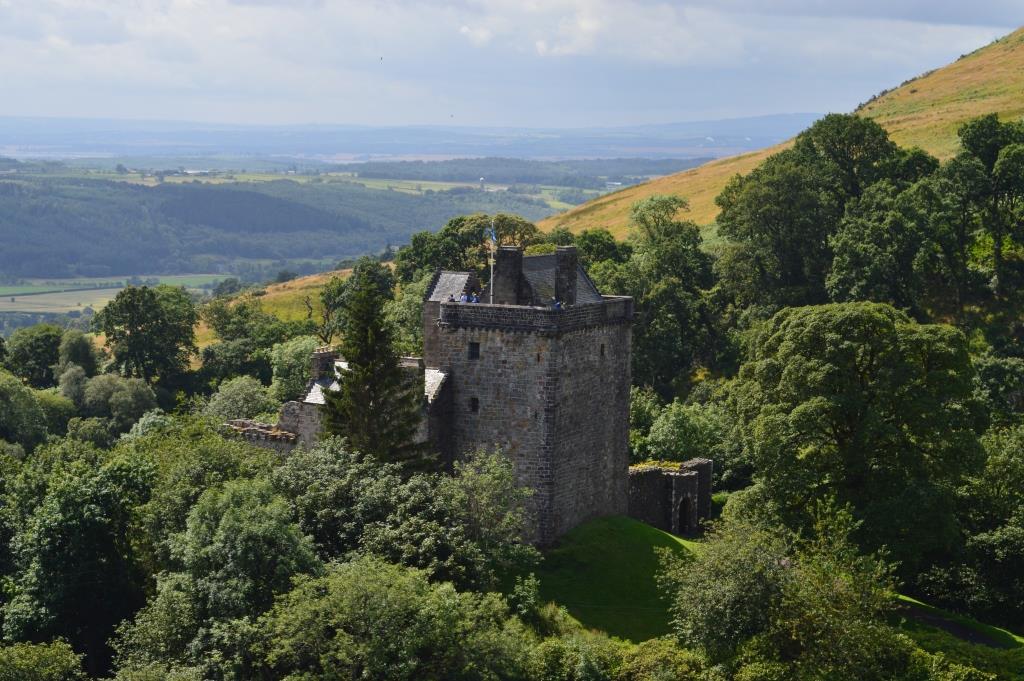 Castle Campbell is justifiably famous. Situated in a steep sided valley in the angle of two burns, and with beautiful terraced gardens, it is one of the most beautifully sited castles in Scotland. It dates to the 15th century, although the site may have been used previously for defensive purposes.

The most impressive feature of the castle is the rectangular tower-keep on the highest point of the site. This forms one corner of a four sided, entered through a simple arched gate replacing a now-vanished gatehouse. Attached to the tower is a tall house, which provides the link to a hall range which faces south down the glen and looks over the garden terraces. The house was restored fairly recently and the majority is not open to the public.

The tower-keep of Castle Gloom, as it was originally called, was built for John Stewart, 2nd Lord Lorn, who died in 1463 leaving 3 daughters as his heiresses. Isabel Stewart was married to Colin Campbell, Earl of Argyll, and Castle Gloom was part of her inheritance. Thereafter it belonged to the Campbell Earls of Argyll, who found it a useful base closer to court than their lands to the north-west. In 1488 Argyll asked King James IV for the castle to be renamed Castle Campbell, which was granted.

The Campbells were responsible for the rebuilding of the domestic buildings at the castle through the 16th an 17th centuries, but the castle was seriously damaged in 1654, being largely burned out. Rather than rebuild, the Campbells chose to erect a new lodging in Stirling, and left Castle Campbell derelict. The estate was sold and the castle was eventually taken over by the National Trust for Scotland, although it is administered by Historic Scotland today, and is open to the public for a charge.