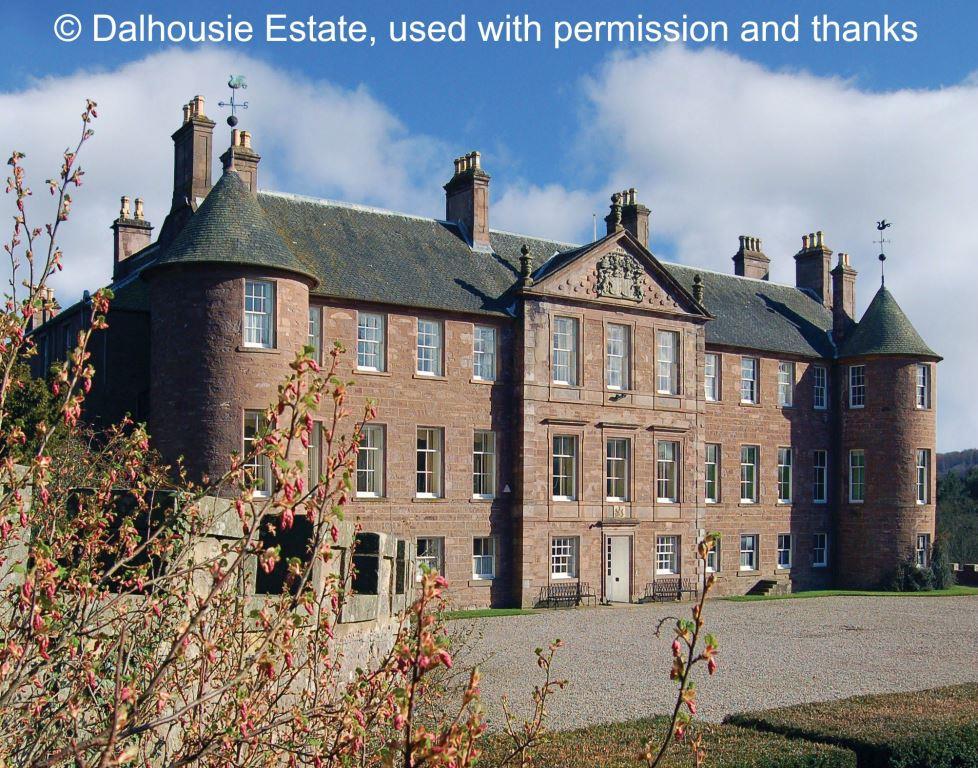 Brechin Castle is a large 17th/18th century mansion incorporating parts of much earlier castles dating back to the 13th century. It is not generally open to the public, although the gardens are open to the public for some parts of the year. The castle was a royal castle at its foundation, but was probably granted to Henry de Brechin, the illegitimate son of David Earl of Huntingdon (brother of King Malcolm IV and King William the Lion) in the late 12th century. It was here that Edward I received the submission of King John Balliol in 1296.

The castle was built in a strongly defensive site on a river cliff overlooking the River South Esk, to the north the ground slopes away to another burn, meaning access could only be from the west. There are no remains of the medieval castle, although it is said that the mansion was at one point surrounded by a moat. David de Brechin was executed by Robert the Bruce for treason in 1320, and his daughter Margaret inherited along with her husband David de Barclay. Their grand-daughter Margaret married Walter Stewart, son of King Robert II, and Walter was known as Lord of Brechin as well as Earl of Atholl. In 1437, his titles and estates were forfeited to the Crown upon his own execution for treason.

Although an heir to the Barclays in the person of Thomas Maule of Panmure, laid claim to the estate, he was granted a small portion of it, and most remained with the Crown. The incomes were granted out periodically, and in 1455 a record of the “house and lordship of Brechin” being annexed back to the Crown shows that the castle site was occupied by a dwelling of some sort, probably a tower and courtyard or hall-house. Among those to benefit from the income were the Queen of James II, the Earls of Arran, Mar, Douglas and Crawford, the Duke of Ross (brother to James IV), and the Erskines, later Earls of Mar.

Sir Patrick Maule of Panmure purchased the Brechin estate in 1634 from the Earl of Mar, and probably inherited a modest tower house on the site described as surviving as vaults in the basement of the castle today. After some tinkering, in 1711, the mansion that stands on the site today was built, a massive five sided courtyard with drum towers, but a mansion nonetheless, not a castle. When the Maules rebelled in 1715 as Jacobites, they were forfeited , but first the wife, and then the brother of the 4th Earl obtained long leases on the estate. Henry Maule’s son purchased the estate back, and his sister inherited the estate and Brechin Castle. She was married to the son of the 6th Earl of Dalhousie, and the castle and estate remain part of the Dalhousie Estate today.