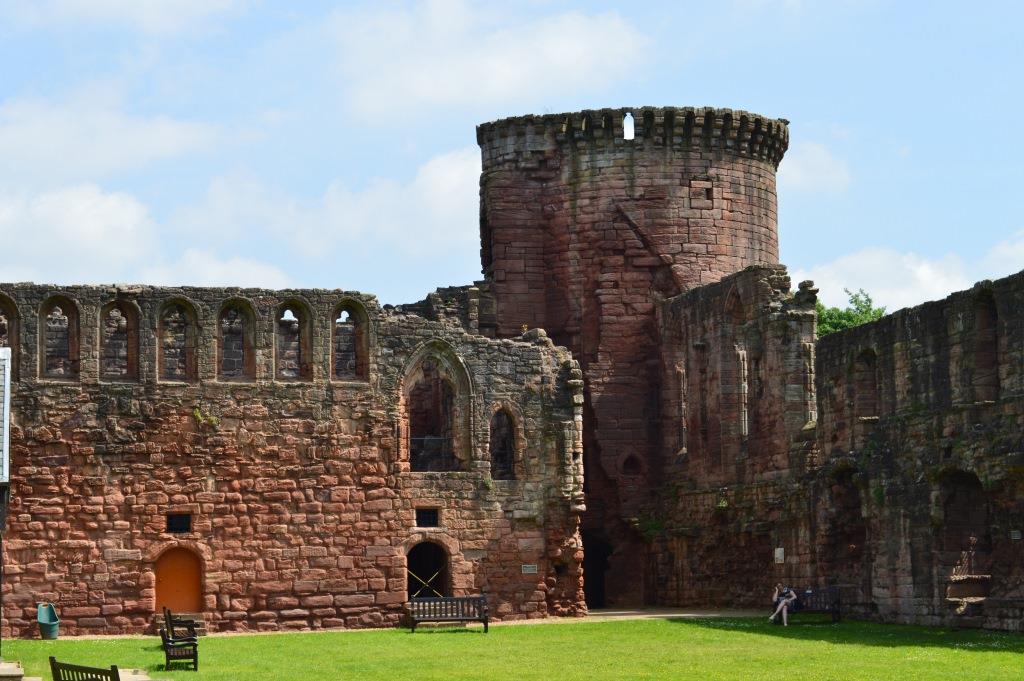 Bothwell Castle was one of the largest and most impressive castles in Scotland in medieval times, and remains today one of the best examples of a Scottish castle of this period. The surviving remains are of large walled rectangular courtyard area, with a circular keep at the western end, two towers at the eastern end, and a ditch separating the keep from the courtyard area. A large hall-block almost fills the eastern end.

The castle was never finished; a second courtyard was planned to the north with further wall towers and a gatehouse with two round towers. The foundations of this outer ward can still be traced. The castle sits on a river cliff overlooking the Clyde, and was started in the 13th century, probably by the de Moravia (Murray) family. It was attacked repeatedly during the Wars of Independence, and eventually slighted by the Scots after Bannockburn. It was repaired and reoccupied by the English in the 1330s, but Sir Andrew Murray – the rightful owner – recaptured it and wrecked the castle again, demolishing half of the keep. It remained derelict until the 1360s.

It was repaired by the Douglas family, who acquired Bothwell by marriage, and converted the remains of the keep into a tower residence. The castle was captured when the Douglases rebelled, and passed through the Crichtons and Ramsays who were both forfeited before being granted to the Hepburns, who became Earls of Bothwell, but exchanged the castle with the Douglas Earls of Angus. The Angus family remained in ownership until 1715, but used the castle as a source of building materials for their new house (now demolished).

Today it is the property of Historic Scotland and is open to the public with an entrance fee. It is without doubt the “must-see” castle in the Glasgow area.