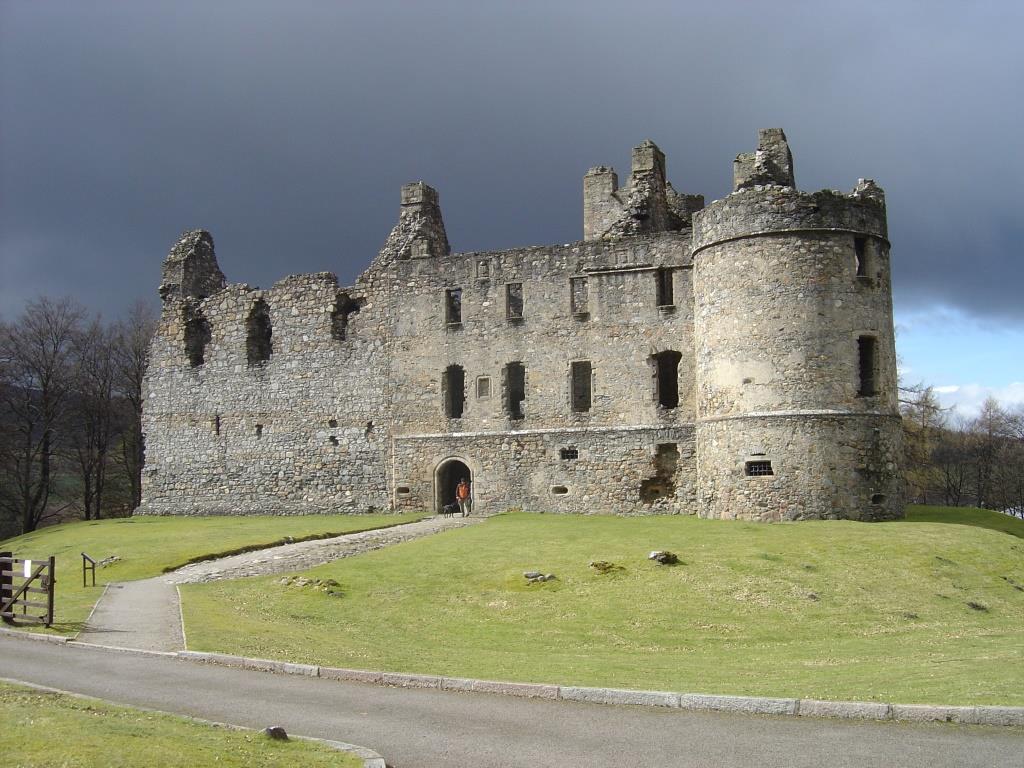 Balvenie Castle, once called the castle of Mortlach, is built on the top of a prominent hill just on the outskirts of the village of Dufftown, the whisky capital of Scotland.

It was originally a walled courtyard castle, with one or more corner towers and a rock cut ditch surrounding it, built by the Comyn family in the 13th century. Following the fall of the family in the 14th century due to their opposition to Robert the Bruce, the castle was granted to his loyal nephew Thomas Randolph, and remained part of the Earldom of Moray for almost 150 years.

During this time the internal buildings around the courtyard of Balvenie had been remodelled several times, including the erection of a large vaulted hall block along the western side. However with the downfall of the Douglas family in the mid 15th century, the Earldom of moray was forfeited to the Crown, and in 1460 Balvenie was granted to John Stewart, Earl of Atholl. It was the Earl of Atholl who substantially remodelled the eastern front of Balvenie Castle by building the new palace block now known as the Atholl Lodging between 1547 and 1557. A favourite of Mary Queen of Scots, Atholl entertained the Queen at Balvenie in 1562, but died suddenly in 1579, leaving his estates to be split between four daughters.

Balvenie was acquired by Innes of Innernarkie in 1615, and after a period of occupation by troops in 1649 the Inneses could no longer afford to keep the castle, which was in the hands of the Earl of Fife in 1695, who complained it had been used as a barracks again. By 1720 the castle was derelict although troops again used it as a base during this Jacobite period. Balvenie Castle is now managed by Historic Scotland and is open to the public seasonally.