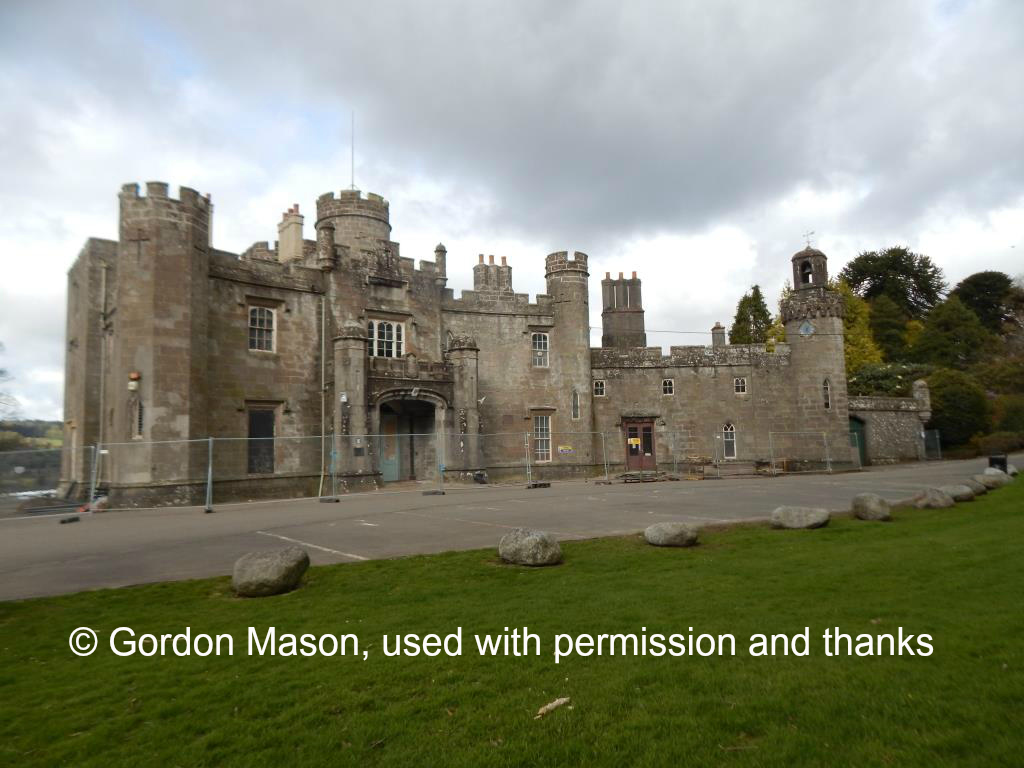 Balloch Castle is actually an early 19th century mansion house built for John Buchanan of Ardoch, who sold it in the 1830s. It was purchased by the Glasgow City Corporation in the early 20th century, and still owned by Glasgow City Council, although it’s leased by West Dumbartonshire Council and has been a public Country Park since 1980.

The castle and estate are situated at the southern end of Loch Lomond, within the old Earldom of the Lennox; and the lands were held by the Earls of Lennox from the 11th century to 1652. There was an old castle at Balloch, and some of the masonry was undoubtedly used to build the mansion. It was the main seat of the Earls of Lennox up to 1511, when they built a more secure residence on an island in the loch. The castle was abandoned soon afterwards, and the lands of Balloch sold to the Colquhouns of Luss in 1652, who did not rebuild it.

The earthworks of the old abandoned castle can still be seen within the park, but they are not impressive today. Originally there was a wet ditch and marsh surrounding what was effectively an island of 45m by 50m, and a causeway recorded in 1869 led to a drawbridge to provide access to it. There are no traces of masonry on the site, and the ditch is now only 50cm deep in places and between 2 and 4m wide. The old castle was at the point where the loch emptied into the River Leven, and the sea.