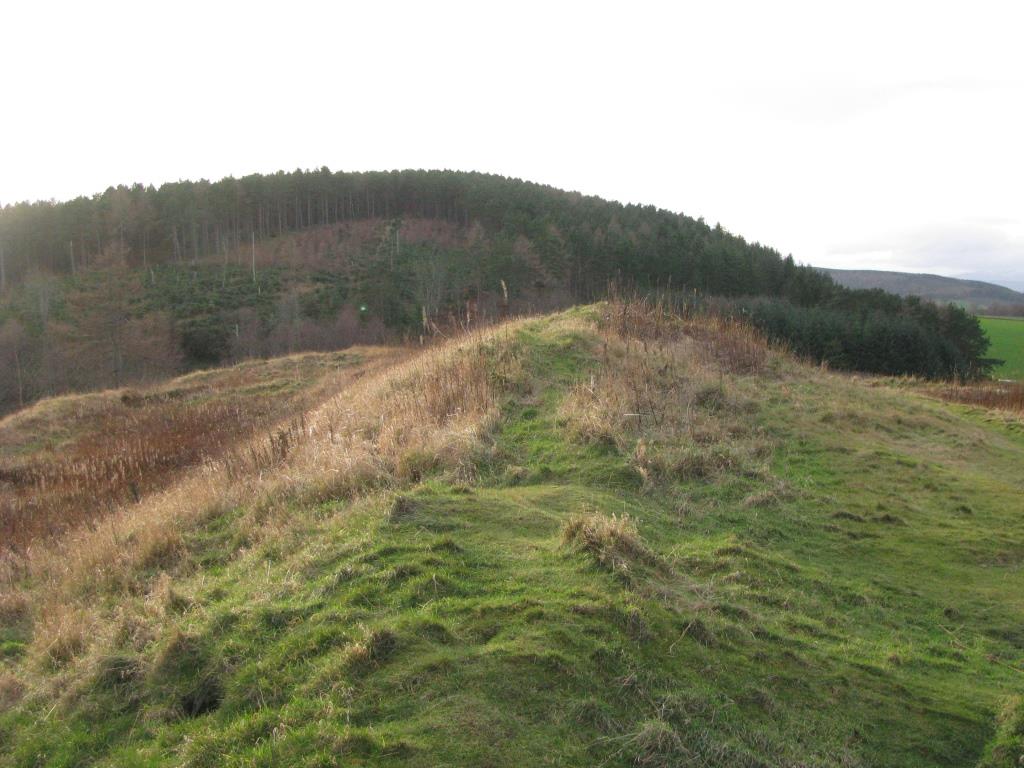 The site of Avoch Castle is easily seen to the south-east as one enters the village of Avoch, on the southern shore of the Black Isle of Ross. It is a very imposing hill which is best appreciated from the harbour area. However there are no upstanding remains of this once-impressive stronghold on the summit, just a few grass-covered footings, and a memorial to Andrew Murray of Avoch, who led the northern rebellion against Edward I in the time of William Wallace.

The castle occupies a strategically important site, guarding the northern shore of the Moray Firth, and was probably founded in the 12th century during the campaigns of King William the Lion into the area in defence of his crown against the rival MacWilliam clan. It is said to have been the seat of the Ormond family, but this appears unlikely. One of the principal families to be granted land in the north – and given free reign to advance north of the Black Isle was the de Moravia family, a branch of whom took the name Sutherland and became Earls of Sutherland. As Andrew Murray – a member of the same family – held this important castle in the 1290s, it seems more likely that Avoch was a Murray stronghold from very early on. In addition, the name Ormond appears to date to the mid 15th century, after the castle had been destroyed, and might be a corruption of “Avoch Mount” (Avoch is pronounced “Och” locally).

The castle remained with the Murray family until the 1360s, but as a secondary property of the Lords of Bothwell. As the Murrays had supported Robert the Steward against King David II, the last of the family was sent to England as a hostage, and died there in 1361, leaving an heiress to inherit. Jean Murray was married to Archibald, 3rd Earl of Douglas, and from 1361 to 1455 it remained a Douglas property, and was held by Archibald’s grandson Hugh, who was made Earl of Ormond in 1445. When the family rebelled and were forfeited in 1452-55, Hugh was executed, and James II took possession of Avoch Castle, possibly renamed Ormond by the Douglases.

The castle consisted of a rectangular inner ward with square towers at the corners, a great hall, and a gatehouse, which occupied the summit of the hill. A ditch separated it from the walled triangular outer ward to the south, itself with smaller towers, and massive earthworks protected the northern end of the hill, possibly defended by a watch tower at the northernmost end. A further walled area lower down the slope to the west contained a well, and an outer gateway. There may have been a middle gate overlooked by a defended redoubt to the south of the ditch between the castle wards.

The castle at Avoch was almost certainly defended by the Douglases during the civil war with James II, but a siege is not recorded. The lands including the moothill of Ormond were granted to the younger son of James III in 1476, it seems likely that the castle was slighted at this time. No further suggestion can be found that the castle was repaired, making it seem likely that Avoch Castle was destroyed in 1455 and abandoned altogether. It is accessible along public footpaths, but these can become muddy and unpleasant in wet weather.