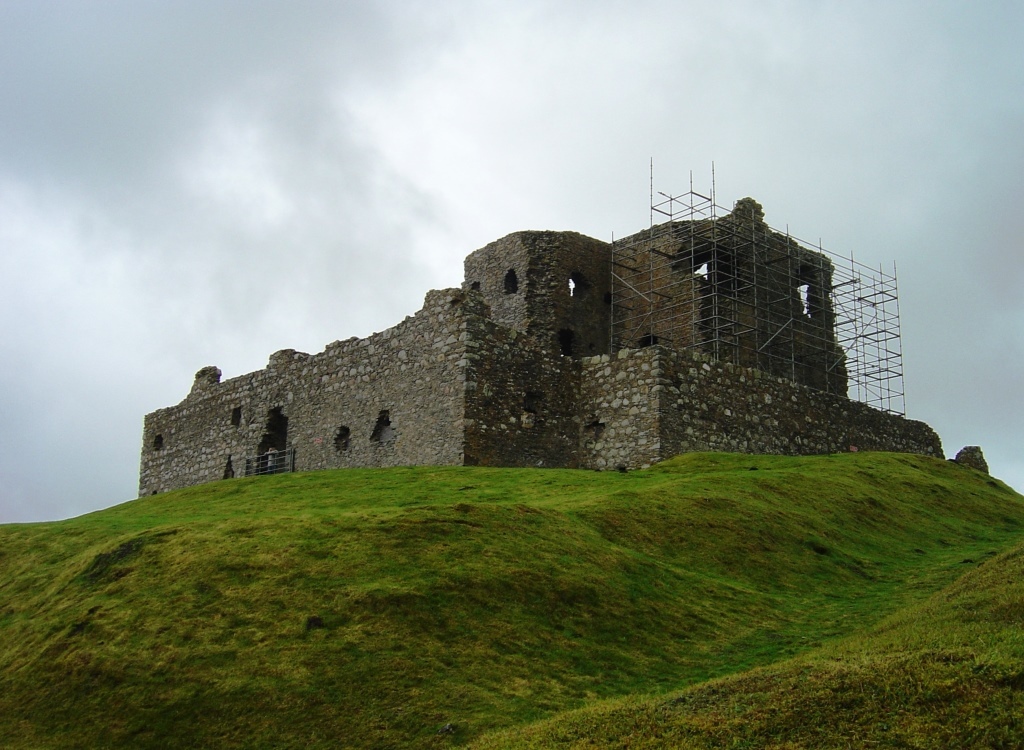 Auchindoun Castle consists of a large 15th century tower set within a rectangular courtyard, and within the multiple banks and ditches of an Iron Age hillfort. Situated on top of a prominent hill overlooking the River Fiddich, it is very strongly sited, and has good views across the surrounding countryside.

The L-shaped tower is usually attributed to the Cochrane family who were favourites of James III and prevented a coup against the King by his nobles, who planned to replace him with one of his younger brothers. The Cochranes were overthrown in 1482, and the barony of Keithmore, including Auchindoun, were sold to Sir James Ogilvie of Deskfordin 1490 by John, Lord Drummond. No mention is made of the castle although the lands and mill of Auchindoun are mentioned, so it seems likely that it is not the work of the Cochranes.

Auchindoun and its castle passed to the Gordon family during an unpleasant family argument in 1545, and Sir Patrick Gordon of Auchindoun was one of those Gordons involved in the murder of the Bonnie Earl of Moray in 1592, with the result that Auchindoun was sacked by the Mackintoshes.

The castle was rebuilt after the sack of the Mackintoshes, but had been abandoned by the Gordons by 1725, when it was being used as a quarry. It is managed by Historic Scotland, and is free to enter, but access will involve a walk across unmade paths so sturdy footwear is advisable.