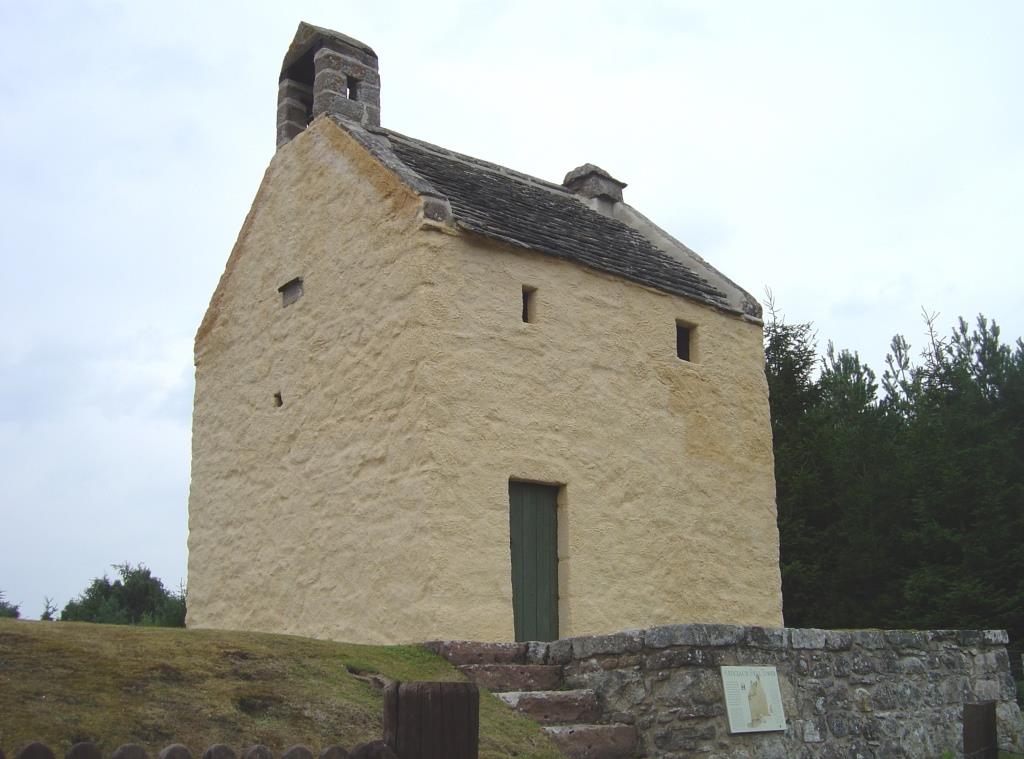 Ardclach Bell Tower is a small two storey tower on a hillock overlooking the River Findhorn and the parish church of Ardclach. It has a low door at ground floor level, and a single room on each floor, the ground floor completely unlit. It is free to enter at reasonable hours, but access is restricted to those happy with the substantial number of steps up the hillock, and ducking through the low door!

The tower bears a datestone of 1655 and inside the initials MGB are carved on a stone over the hearth, meaning that it was probably built by the Brodie family; however the lands had been held by the Falconers for some centuries before they were harassed out of the county and sold Ardclach to the laird of Grant, so it is possible they felt the need for a tower here. Grant in turn sold it to the Brodie family in 1634.

The Brodies were strong supporters of the Covenant, and their lands were targeted several times by Royalists in the 17th century, so it is possible that the tower served as a warning tower. It is commonly said to have been used to summon people to church, but the parish of Ardclach was only created in 1650, prior to which parishioners had been served by other chapels, and doubtless the new chapel took some time to build and would have been the main church priority. The initials of the wife of the Brodie laird inside the tower do perhaps suggest a less peaceable origin. It is also possible that the datestone just refers to the erection of the belfry on top of the tower after the creation of the parish.

Ardclach Bell Tower is an intriguing little building, managed by Historic Scotland, and raises more questions than can be answered about its role in the unsettled times of the mid 17th century.