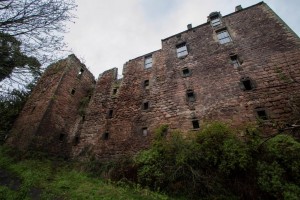 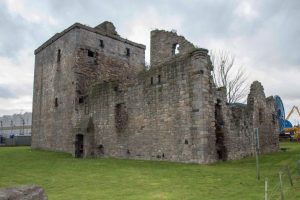 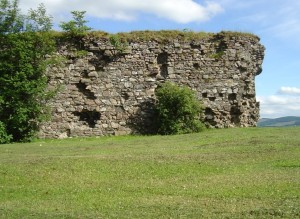 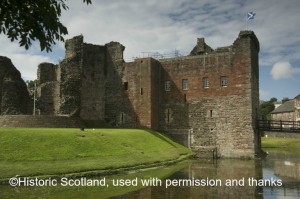 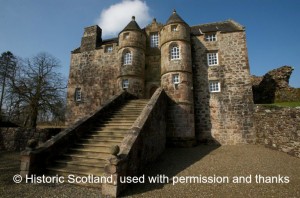 Rowallan Castle, an occupied C16-C17 mansion on site of ?C13 castle of the Mures, some ruins of earlier buildings survive. 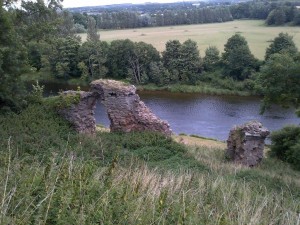 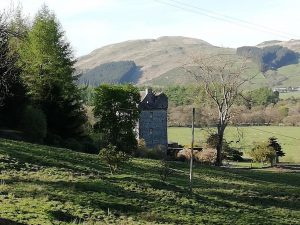 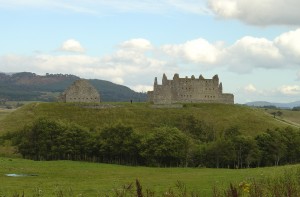 Ruthven, site of vanished C13 castle of the Comyns and C15 tower of the Gordons. Mound now occupied by C18 barracks 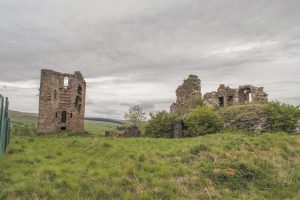 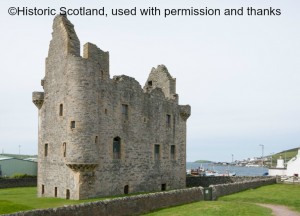 Scalloway Castle, a ruined C17 tower house of the Stewart Earl of Orkney and later of the Bishop, semi-derelict by C18.